As adaptogens go, shilajit is as unique as it is versatile.

Also known as salajit, mimie, mummiyo, and shilajatu, shilajit is—unlike nearly all other known adaptogenic substances—neither an herb nor a mushroom, but rather an herbomineral exudate harvested from mountains, particularly the Himalayas.  The use of shilajit dates back to at least 3300 BCE, where it was used by the Indus Valley civilization, the earliest known culture of the Indian subcontinent.

The first historical mentions of shilajit are in two canonical texts of Ayurveda, the Charaka Samhita and Sushruta Samhita, ancient Indian medical reference books that cover everything from herbology to nutrition to even surgery.

Ayurvedic medicine has tremendous respect for shilajit, evidenced by its reference to it as the “conqueror of mountains and destroyer of weakness” as well as its categorization as a Rasayana, which is a designation reserved for substances that lengthen life and support energy, intellect, and immunity.

Being more preventive and proactive rather than reactive in nature, Ayurveda tends to place the highest value on compounds that build overall resilience.  Shilajit is thus the Ayurvedic tonic par excellence.

Shilajit is a uniquely heterogeneous substance comprised of a large number of trace minerals as well as a plethora of compounds generated by the action of microbes on the remains of many different kinds of plants, so it’s difficult to know exactly which compounds create which of its health effects.

There is no single molecule responsible for all of shilajit’s effects, as its action in the body is the result of all of its constituents working in harmony.  That being said, there are certain compounds that have been determined by research to give shilajit at least some of its health-promoting properties.

Of these constituents, fulvic acid is the most extensively studied for its health effects.

Shilajit is typically comprised of between 60% and 85% humic acids, of which fulvic acid is a primary component.  A molecule that’s naturally present in humus, fulvic acid is often used along with its sister compound humic acid by farmers to enhance water retention, improve uptake of nutrients, and stimulate root growth.

Just as the fulvic acid in shilajit is able to facilitate the enhanced uptake of nutrients in plant cells, it can do the same for animals.  It’s been shown experimentally to improve the microbiome as well as boost digestive enzyme function, in particular enhancing the action of proteases (which break proteins down into their constituent amino acids).

In one study in which rats were given a toxic compound called isoproterenol that induces severe oxidative stress and cardiac damage, it was able to reverse the declines in several critical endogenous antioxidants, including glutathione, superoxide dismutase, and catalase, while preserving heart function.

The antioxidant activities of fulvic acid in shilajit are also likely responsible for its ability to protect against radiation damage, as evidenced by a 2015 study in which it was able to reduce cellular damage in irradiated rat ovaries.

In addition to its actions as a nutrient potentiator and robust free radical scavenger, fulvic acid is also able to reduce the expression of pro-inflammatory enzymes such as COX-2, the same compound that is inhibited by aspirin (as well as its natural phytochemical grandparent, salicylic acid).  Considering this inflammatory pathway’s involvement in arthritic conditions, COX-2 inhibition likely plays a role in shilajit’s ability to support healthy inflammation response in joints.

Research has also demonstrated fulvic acid’s ability to decrease edema, assist with the production of antibodies, and downregulate inflammatory cytokines such as TNF-alpha.

Shilajit is widely used for its endocrine-balancing and aphrodisiac effects.  Much like ashwagandha and tongkat ali, its effects on fertility and hormone synthesis are well-documented.

Here’s a sample of the current research on shilajit’s hormonal effects:

In summary, shilajit has been shown experimentally to increase free and total testosterone, boost FSH and DHEA production, preserve fertility in the face of heavy metal toxicity, enhance sperm production and ovulation, and enhance erectile health by reducing the effects of stress hormones (activating the parasympathetic nervous system, which counteracts adrenaline and cortisol).

Note that although research exists showing that shilajit can increase testosterone in males, there is no indication that it can elevate female testosterone levels in any substantial capacity.  Men and women can safely take shilajit without any negative hormonal effects.

Because shilajit helps the body generate FSH (follicle-stimulating hormone) at the appropriate times, it has significantly different effects in women than it does in men.

Also known as a gonadotropin, FSH is a hormone released from the anterior pituitary gland that then binds to the testes or ovaries and enhances gender-specific reproductive behavior.  In men, FSH can increase testosterone and semen production, but in women, FSH binds to the ovaries and signals them to generate estrogen and progesterone.

Xenoestrogens, human-made chemicals that mimic the effects of estrogens in the body, are known to suppress gonadotropins like FSH and its sister molecule, LH (luteinizing hormone).  This happens through natural feedback inhibition as the body senses that estrogen levels are too high, and thus shuts down the production of the compounds that signal its release.

The problem with this is that—instead of the body producing its own natural estrogen, which is healthy in normal amounts—the body is then running on higher amounts of synthetic estrogens and has an insufficiency of real estrogen.

Adaptogenic compounds like shilaljit ensure that the Hyptothalamic-Pituitary-Ovarian axis is functioning properly and thus can help to compensate for the negative effects of chemical endocrine disruptors like BPA and glyphosate on female hormones.

Interestingly, some of the pro-hormonal effects of shilajit may also be due to a seemingly unrelated area that it benefits: mitochondrial energy production.

The proper functioning of the body requires a constant symphony between many different systems, all playing their part in the grand biochemical orchestra that keeps our body functioning day in and day out.

Good medical practitioners are students of deep internal medicine, always contemplating these network relationships and using this knowledge to enhance their diagnostic skills.

Increasingly, research is demonstrating that sex hormones and mitochondrial function are deeply intertwined.  Low testosterone levels, for example, are linked to mitochondrial dysfunction.  Sperm rely heavily on mitochondrial efficiency for their motility and thus cannot fertilize an egg when energy deficient.  Testosterone itself also protects mitochondria against free radical damage.

It’s not surprising then that shilajit is also beneficial for mitochondrial function, which is likely the main reason that it’s so revered for its ability to support sustained energy levels and enhance cognitive function (although it also enhances dopamine synthesis).

Special compounds called dibenzo-alpha-pyrones (DBPs) act in tandem with Coenzyme Q10 (CoQ10) in the part of the mitochondria called the electron transport chain: 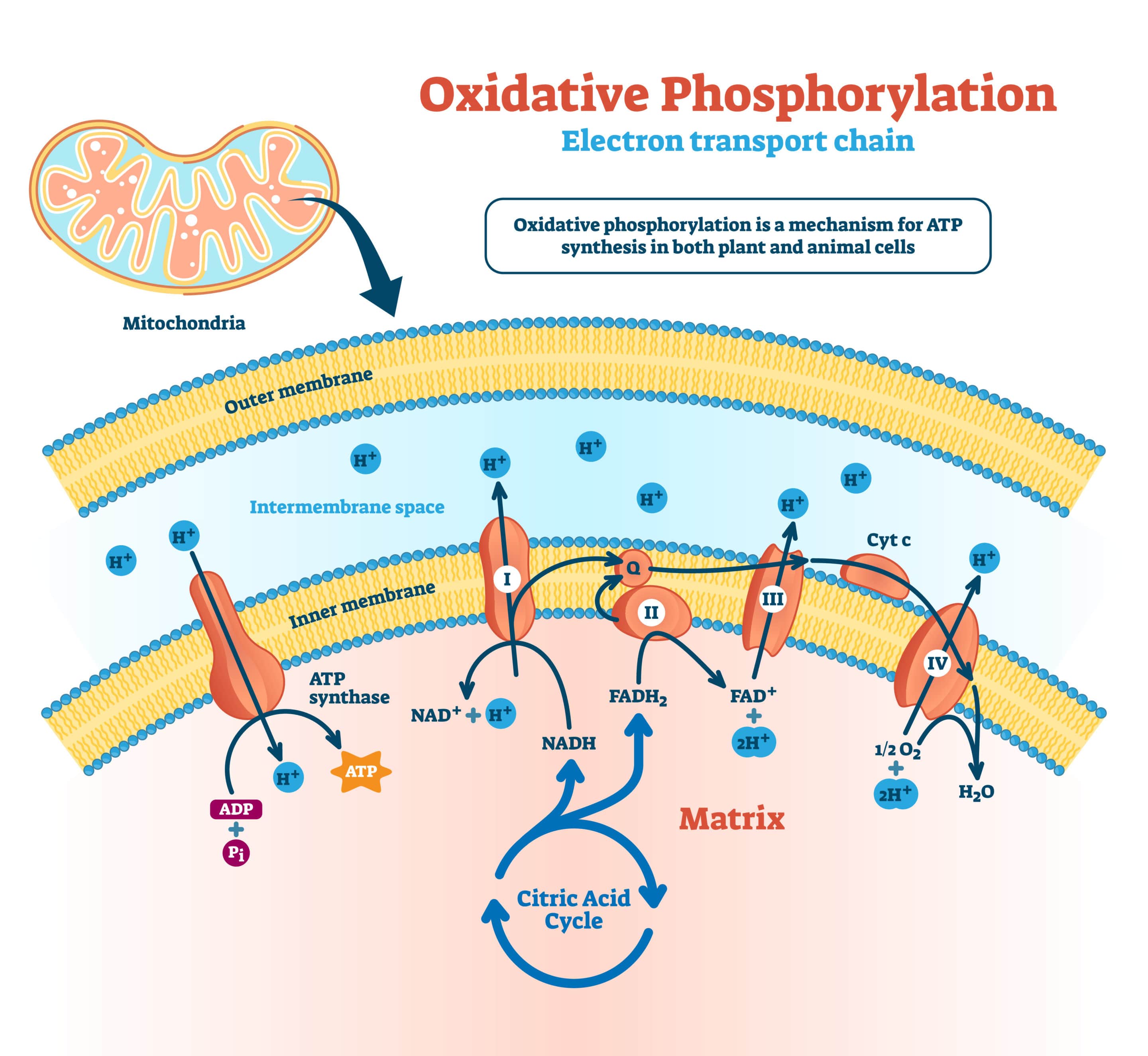 DBPs don’t just occur in shilajit, however.  They’re naturally present in the mitochondria of all animals and are synthesized from the omega 3 fatty acids EPA and DHA.

Bacteria and fungi can make DBPs as well.  Their ubiquity in nature is a testament to their importance.

The DBPs in shilajit have been demonstrated to enhance the bioactivity of CoQ10 through molecular stabilization, ensuring that it remains in its most effective form at different pHs.  They have also been shown to increase the concentration of CoQ10 in the heart, liver, and kidneys.

An essential endogenous antioxidant that must be present in substantial amounts for your mitochondria to produce cellular energy (ATP), CoQ10 is an essential compound, often used as a supplement to support the heart, brain, muscles, liver, and to reduce the effects of aging on the body.

When CoQ10 levels fall, the heart is one of the first organs to suffer.  This is why cholesterol-reducing statin drugs—which are known to reduce CoQ10 synthesis in the body—are actually associated with an increase in heart failure.

Considering that shilajit has such profound effects on CoQ10 and can also increase nitric oxide production by almost 30%, it makes sense that it’s being used more commonly now for cardiovascular support.

Nitric oxide boosters are also highly regarded for their ability to enhance sports performance.  Studies such as this one have shown that shilajit can enhance muscle strength during weight training, which may be related to its mitochondrial and circulatory effects, but could also be due to its testosterone-boosting qualities.

The hallmark of a true adaptogen is that it affects a wide variety of systems in the body, and shilajit easily meets this criterion, as it’s been documented to simultaneously affect the endocrine, cardiovascular, digestive, nervous, integumentary (skin), reproductive, musculoskeletal, and immune systems.

Something that differentiates shilajit from nearly every other known adaptogen, however, is its powerful effects on collagen production.

In a fantastically well-designed 2016 study called the Human Skeletal Muscle Transcriptome in Response to Oral Shilajit Supplementation, 8 weeks of shilajit supplementation was found to increase the expression of six different genes responsible for the production of collagen, including collagen types I, III, V, VI, and XIV.

Another study looked at a similar group of genes and found that shilajit could enhance the growth of the capillaries that supply the skin, enhancing microperfusion and boosting oxygen and nutrient delivery.

At this time, only preliminary research exists on shilajit’s effects on bone health, but one study found that it was able to increase bone formation in rats. 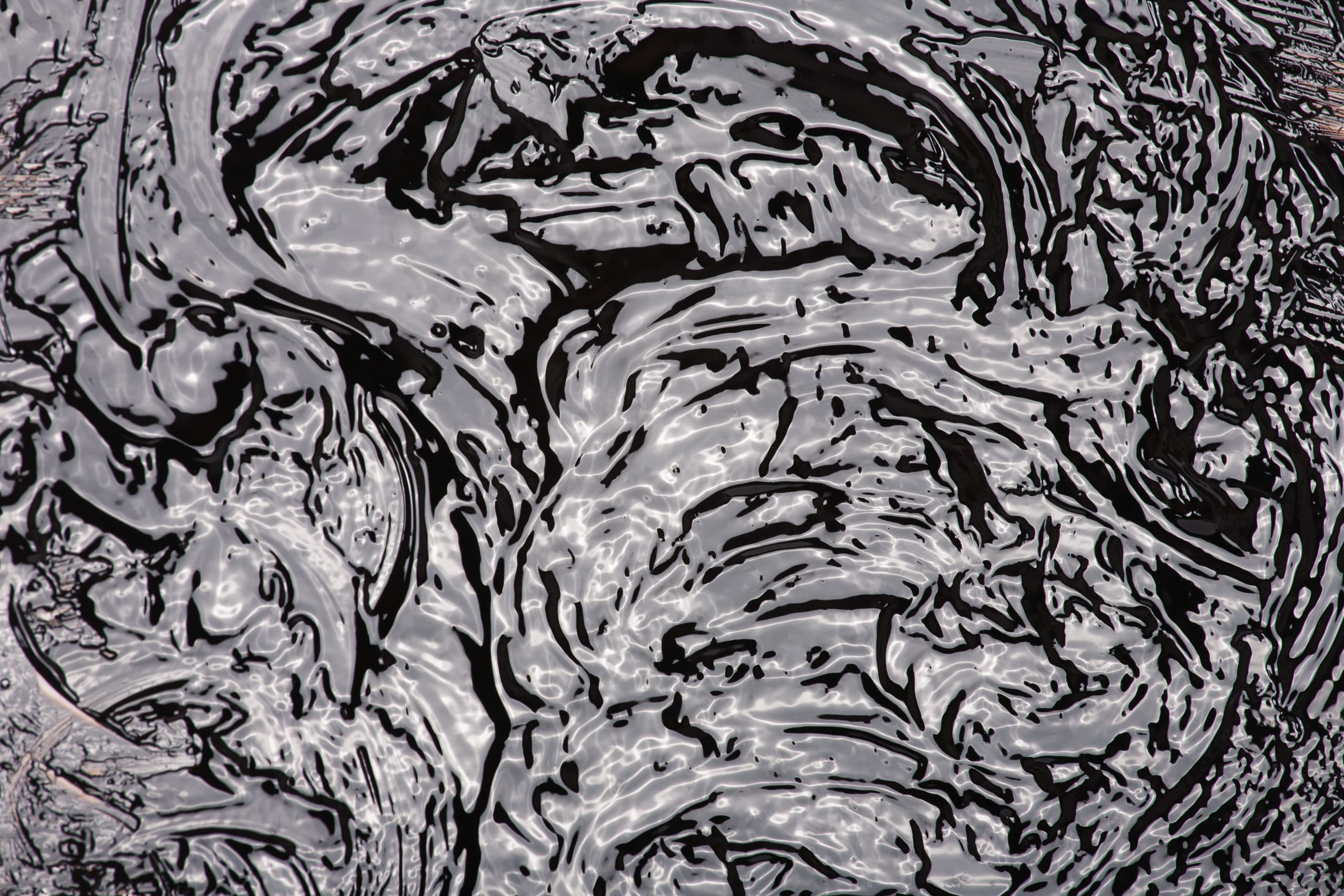 Even thousands of years ago in ancient India, shilajit was water-purified to remove harmful contaminants.

When shilajit is made properly, it’s of extremely low toxicity and very well-tolerated.  Unfortunately, many shilajit tars currently being sold have not been properly purified and thus contain heavy metals, mycotoxins, and other toxic compounds.

The Canadian government banned the importation of a large number of shilajit products because they were found to be high in heavy metals like lead, mercury, and arsenic.  When purchasing shilajit, it’s extremely important to purchase one that has been properly purified and third-party tested.

Any random tar in a jar simply will not do, as there are unfortunately some bad actors in the marketplace who are putting out products that have not undergone proper safety testing and purification.

When purchasing shilajit, always make sure to do your homework and check to see if the product has been properly vetted.

When I was studying acupuncture and Chinese Medicine over a decade ago, I learned about the medicinal properties of kudzu vine—how it could treat alcoholism, diabetes, and high cholesterol.  My professor also noted that it was ironic that it grows as an invasive species throughout the deep south, a part of the country known for having particularly high rates of all three of these diseases.

It’s funny how sometimes the universe puts the solution right next to the problem.  I feel the same way about shilajit.  It’s no coincidence that interest in this adaptogenic treasure is exploding, considering the various epidemics afoot.

Fertility and hormonal health are massively on the decline.  From pesticides to pharmaceuticals to heavy metals, mitochondrial toxins are now ubiquitous, sapping our cellular energy production.  The toxicity of our environment is taxing our antioxidant capacities to the max, aging us prematurely and wrecking our vitality.

Shilajit is coming onto the world scene just in time.  We should all be glad that it’s finally in the spotlight, as it’s exactly what we need to help us survive this most challenging epoch.